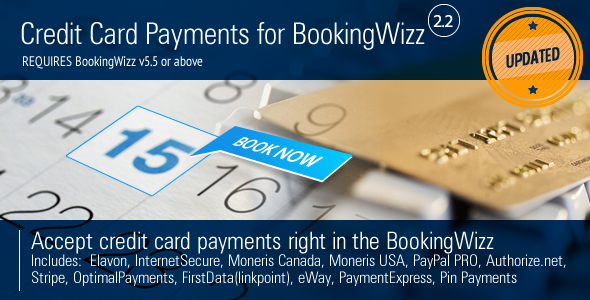 You must have cURL installed and available on the server, as well as SSL and one of the above mentioned merchant accounts. This plugin will work with BookingWizz v5.5 and later (only).

Installation is really easy – you just need to upload the contents into plugins folder of your bookingwizz and then activate the plugin from bookingwizz administration settings page.